Last week I traveled to Washington, D.C. to participate in the Women’s March on Washington. From the time it was announced and my friend Shelley invited me to join her, I knew this would be one of the first ways I would take action after the presidential election. I also knew that this fit right in with my word of the year– challenge. 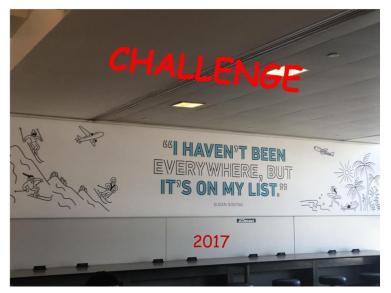 Everything that has happened since the election has challenged me- my personal beliefs, my beliefs about other Americans, and how I want to react. I vowed that 2017 was the year I would step up to the challenge and take action whenever and wherever I could.

As a self-proclaimed introvert who does not do well in large crowds full of strangers, I also knew that the experience, though well-worth it, would be a big challenge for me.

I traveled to D.C. on a red-eye that was arriving the morning of the inauguration. While I wish I had been on one of the planes full of women in pink hats heading to the march, my plane including many people excited to attend the inauguration, and there was a sea of red hats imprinted with a certain phrase about America that I will not type. Coming from the very liberal state of California and the echo chamber I’m still fighting to see beyond, this was truly one of my first experiences hearing people talk about this election in very different ways than I have been (with my friends, family, and colleagues). I have to admit I was shocked when a woman literally called Trump “a god sent to save us” and said that “CNN was truly the worst fake news” she had ever seen.

I appreciate this experience if only for the fact that it gave me a real-life glimpse into the beliefs of the Americans who did vote for Trump and who, even after his first dizzying week in office, still believe he is the right person for the job. It also solidified my gratitude that I was able to use vacation days to leave work, travel across the country, and take part in something greater than just the election.

After landing in D.C. and meeting up with my friends and seeing the inauguration and the protests that had broken out around the city, we braved an Uber ride from Arlington into Adam’s Morgan to check out the Women’s March pop-up shop. We thought we would be able to pop in and pop out with some memorabilia to get us ready for the march the next day. Little did we know what we would find:

There was a line of people from the shop all the way down an entire city block. We walked to the end of the line and found out that people had already been in line 1-2 hours and the line wasn’t moving fast or often. This was the first time that I realized how big the march might truly be.

We stayed in line for awhile, admiring the local businesses that were giving away free coffee to the people waiting in line out in the cold. It was fun to feel the positive energy all around us, especially knowing we had just seen videos of angry protesters across the city. This one street was full of happy, engaged citizens who had traveled from all over to join forces and collectively say that women’s rights are human rights.

The next morning we could feel a buzz in our hotel, as women all around us were gathering up signs and warm clothes and heading out for the big event. That buzz became exhilarating as soon as we got within 2 blocks of the rally location. Everywhere you looked, there were people, mostly women, smiling, laughing, carrying signs, and preparing to march for so many causes personal to each individual.

Upon arriving, we saw some young girls with bags of free hats. These were the infamous pink hats (with another name). I took a hat because the crowd was already a sea of pink hats and I was feeling odd, but I wasn’t sure I wanted to wear it. Then I opened it up and I saw this:

I was so blown away by the message that was shared by the woman who donated her time, energy and supplies to make this hat for the march. After reading her important message, I knew I would proudly wear the hat she made, and I would not let my own crowd-related anxiety bother me because I am lucky to have never experienced the trauma that she has dealt with. This was also the moment that I appreciated why women had chosen to take back the word that Trump has used to describe sexually assaulting women. This was one of the messages of the march- his words do not have power over us.

The message with my hand-made pink hat shows how personal this march was to each and every person who participated. At first, I was marching because:

As the day progressed, I was also marching to honor the struggles and challenges that so many people, especially women, and even more so, women of color, face day in and day out. I was marching to hear their stories, to try to understand an ounce of their pain, and to let them know they were not alone.

I was also marching for my students. I’ve been an educator for 20 years, and I have worked with students from many races and ethnicities, from varying levels of poverty or wealth, and from a multitude of backgrounds. But here are a few who stand out right now.

The 500,000 people surrounding me throughout the Women’s March on Washington were all marching for different reasons. One of my favorite parts of the march was seeing and hearing those reasons. The songs and chants that would just start up in the crowd gave a window into why people chose to join this movement. Hearing one person call out, “Tell us what democracy looks like,” and then hearing the entire crowd around us respond with, “THIS is what democracy looks like” gave me chills. We sang “This Land is Our Land” and “Lean on Me” multiple times throughout the day.

Here are some of my favorite signs. 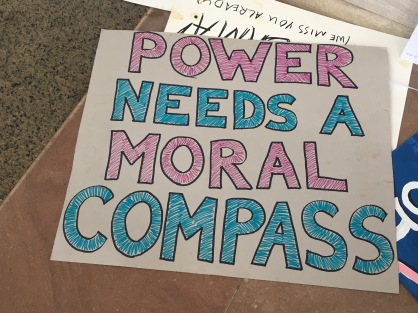 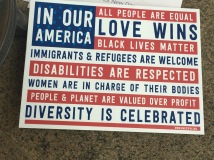 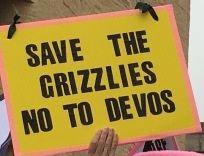 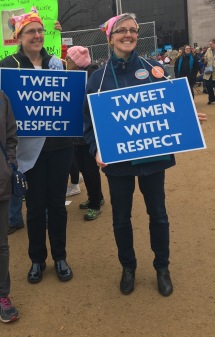 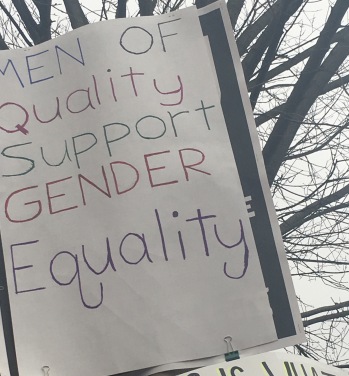 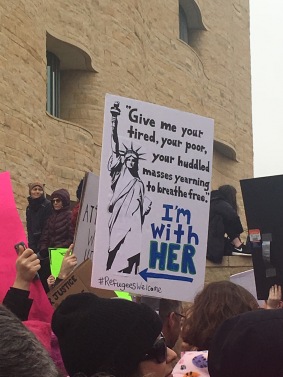 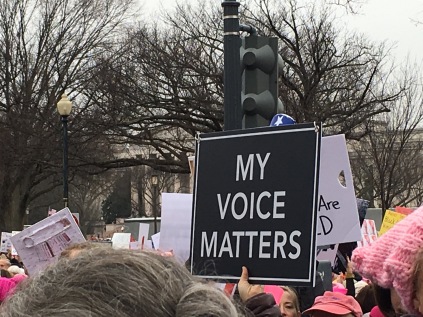 I was honored to be able to join my friend and her 13-year old daughter in this amazing experience. When I see pictures of the marches from all over the world, I am so happy that I was there, in D.C. (below!), with so many others. I am proud of my fellow global citizens who took the time to stand up for what they believe in.

Many other people have written about this topic with more eloquence and/or depth than me. If you would like read other pieces that I enjoyed, see below.

As part of my get-outside-the-echo-chamber project, I have also read articles that did not look favorably on the march, as well as articles about the March for Life that took place just the other day. I continue to challenge myself to see other sides of these big issues. Right now, I do not see this as a political (Democrat vs. Republican) issue. I am using my voice because I see civil liberties in jeopardy. They have always been in jeopardy for some people (who don’t look or sound like me), but I see it clearly now and cannot ignore it any longer.

This experience changed me. It lit a fire in me. I am determined to step up to the challenges I see before me, ready to use my words and to take action based on my convictions. I am fired up and ready to go (another chant heard throughout the march!). Stay tuned for more in my year of challenge.